Are you a ‘Social Gadfly’? 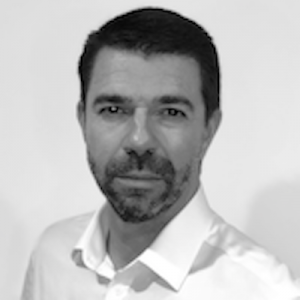 When I was a young junior officer in the Royal Air Force, I was once called a ‘social gadfly’ by an old boss of mine. I wasn’t sure what he meant at the time and, as we didn’t have instant access to the internet (yes, it was that long ago!), I just assumed it meant something along the lines of a social butterfly. This was a fair assumption given the total of my mess bar bill each month and the occasional high jinks I found myself involved in…but never assume, right?!

At my next performance review this gadfly word arose again. Whilst it turned out I was indeed a social butterfly (a point also raised in my performance review!), my boss said that, as a gadfly, I was a contrarian thinker and had challenged him and our ways of working a lot in my first few months on the squadron. Here we go, I thought, he’s already identified me as a young drunk with a rebellious streak. My long-planned military career was about to become very short-lived. Bugger.

Turns out I couldn’t have been more wrong.

When asked why I challenged so much, I replied that I’d arrived with a fresh pair of eyes, I was an officer with the associated responsibilities – however junior my rank – and that I wasn’t the sort to go along just to get along. If something could be improved, we should look to improve it – especially in our line of work, where we were dealing with multi-million pound equipment and lives were at stake.

Not only did the boss tell me to keep it up, he told me to do more of it! Broaden my scope and look at everything, he said, not just my primary role but the whole operation.  I was then to report back at our new fortnightly update meetings with a list of potential improvement areas.

As my sweating palms began to dry, I realised I would no longer need to call Mum and give her the bad news that her son would be back home 20 years sooner than planned, and I walked out of the boss’ office feeling a whole lot better than I had walking in.

I learnt a lot from my first RAF boss and role.

I learnt to always be myself and stand by what I believe in – from whence came my Rule No.1: Always do the right thing.

Just because you are junior or new in an organisation doesn’t mean your opinions or views are invalid. In fact, that may give you a unique and valuable perspective. Mediocrity can often set in, or you may face the ‘we’ve always done it that way’ syndrome. That doesn’t mean you should accept it or not challenge it.

I also learnt my boss was right about branding me a social gadfly. When I finally did get access to the Internet, many years later, I read that a social gadfly is a person who interferes with the status quo of a society or community by posing novel, potentially upsetting questions, usually directed at authorities.

The term gadfly was originally associated with the ancient Greek philosopher Socrates, in his defence when on trial for his life – but that’s for another blog on another day…

Are you ready to become a Red Team Thinker? Join us for RTT Crash Course, a 2-day virtual workshop.