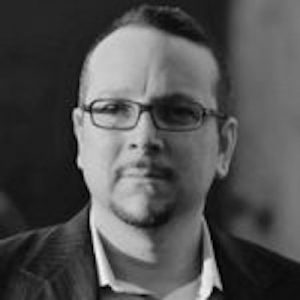 While the internal Boeing Co. emails released last week paint a disturbing picture of a toxic corporate culture and a manufacturer that has lost its way, they also reveal something the company’s new CEO should take some solace in: Boeing’s employees know what is wrong with the aerospace giant, and I think it’s a safe bet they know how to fix it, too.

The only question is whether David Calhoun will let them.

When I started covering Ford Motor Co. as a journalist for The Detroit News back in 2005, the automaker leaked like sieve. Ford employees regularly forwarded me everything from product plans for new pickups to financial forecasts intended for the board’s eyes only.

One day, after I’d published a story revealing Jaguar’s staggering losses and the equally grim projections for the brand’s future, Bill Ford called me to complain. He asked me who had provided me with those privileged documents, suggesting several names to see if I’d give up my source. When his speculation moved from his own senior executives to individuals outside the company, I stopped him and assured him they had come from Dearborn, Michigan.

“Why do our people keep leaking this stuff!?” he asked incredulously. “Why do they hate us so much!?”

“Ya right! That’s why they give you our confidential financial reports.”

“Then why would they leak these documents to you? They have to know how damaging they are to our company.”

“Because they see what is wrong with your company, and they have been trying for years to point it out and get somebody to make the changes necessary to fix it, and no one is listening to them. No one is willing to address these issues. So they are sending this stuff to us in the hope that making your problems public will shock your organization into action before it’s too late.”

Not too long after that conversation, Bill Ford hired Alan Mulally away from Boeing to turn his company around.

In one of my first conversations with Mulally, I asked him when he was going to start firing people.

“So you can get rid of the guys who have been running this company into the ground and replace them with your people from Seattle,” I said.

“That’s not what Ford needs,” Mulally told me. “I know Ford has all the answers it needs to fix its problems and save itself right here in Dearborn. My job as CEO is to find the folks with answers and listen to them. I don’t need to tell them what to do to save Ford; they’ll tell me.”

That is exactly what Mulally did.

And you know what? About six months after he took over as CEO, the leaks stopped – and I never got an internal Ford document again.

Why? Because people knew that the CEO was listening.

A couple of weeks ago, I said that Calhoun should call up Alan Mulally and ask him what to do to save Boeing. But he should also call all of the Boeing employees into his office who wrote those emails – not to fire them, but to find out what they know about what’s wrong with company and what they think he should do to fix it.

This advice doesn’t just go for Calhoun or for Boeing. If you are leader, you should be going out of your way to find out what your people are really thinking, where they believe the problems lie and what they think needs to be done to fix them.

Are you ready to become a Red Team Thinker? Join us for RTT Crash Course, a 2-day virtual workshop.